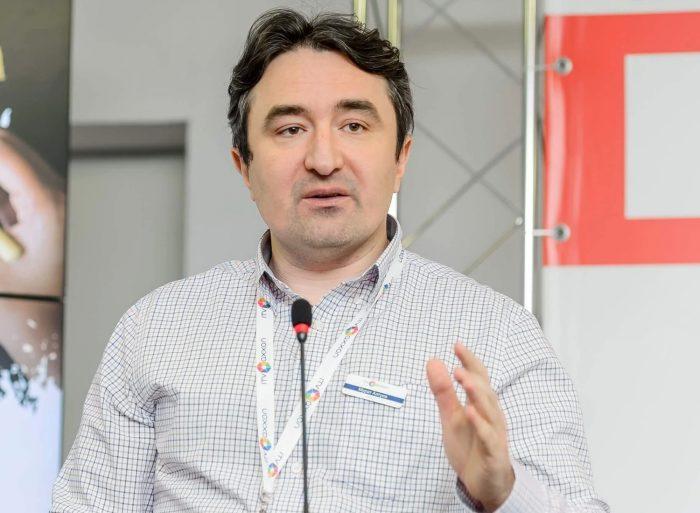 MURAT ALTUEV, President of ITV | AxxonSoft, Member of the Board of Trustees of KBSU:

“Several years ago, the rector of KBSU, Yuri Kambulatovich Altudov, invited me and ITV employees to join the process of training specialists in the field of information and communication technologies. At the moment, it is obvious that we have achieved some success. I told my colleagues about this at a meeting of the Board of Trustees, where the results of the activities of KBSU for 2019–2020 were discussed. and targets for 2021.

When in the past we announced that we were planning to hire about 100 specialists in the Nalchik office of ITV, few believed in this. But everything worked out! In 2019, the salary fund for employees of the Nalchik branch exceeded 100 million rubles. This amount of funding goes to the republic and works to develop its economy. Employees, including 86 specialists trained at KBSU with our assistance, receive high salaries.

During 2020, wages in the IT sector have almost doubled in the region. When working in remote access mode, it doesn’t matter where the specialists live — in Nalchik or in Moscow. Their salaries are being equalized, and this is a plus for the region, since the level of financial support for local residents is increasing. I believe that the transition to remote work, as well as other factors, will provoke further demand for IT specialists, and in the near future other IT companies will open branches in the capital of Kabardino-Balkaria. And our next goal is to create 1,000 jobs in Kabardino-Balkaria in the booming IT industry.

Whether our region will live better in the foreseeable future depends on what the largest educational institution of the republic is doing now. The university is the hope for the future that is being created today.

ITV specialists | Axxon Soft understands that the formation of human resources for the IT sector requires preliminary training of young people, including schoolchildren, in mathematics and physics. Young people must work hard, study hard. How to motivate them to do this, how to develop the intellectual abilities of boys and girls — we solve these and other issues in the course of the enormous work that we do together with the university.

We started with students, then we began to teach schoolchildren from the eighth grade, in 2021 we will be engaged in mathematics throughout the republic, starting from the sixth grade, and then programming.

At the boiling point of KBSU in 2020, the #KrugMathematicians school opened, where the best specialists of the country — the propagandists of science — read lectures. In a year, mathematics teachers who have mastered the system of preparing schoolchildren for participation in Russian and international Olympiads will be able to broadcast the knowledge gained to children, and then one of the Russian growth points of mathematics will form in Kabardino-Balkaria. I believe that, ideally, such a point should be in every region.

In 2020, for the first time, admission was made to educational programs implemented by the Institute of Physics and Mathematics, as well as the Institute of Informatics, Electronics and Robotics of the KBSU, where employees of our company give lectures and conduct practical classes.

Studying at the expense of the federal budget for undergraduate and graduate programs, 30 students acquire knowledge in the design and modeling of artificial intelligence systems. Already during the years of study, they will be employed and after graduation they will continue to work in our company.

Having set a high pace of training and hiring specialists, we have proven the need to scale up a joint project for training specialists. Even in the difficult period of the pandemic, businesses from the IT sector are growing both in Russia and in the world, their capitalization is increasing, and salaries are increasing. IT is a point of economic growth in the region, this direction will naturally influence the development of other sectors of the economy.

I also consider the promotion of culture and science in the republic as a very important direction of my own activity. We have begun to take the first steps in this direction — the most famous mathematicians in Russia are coming to Nalchik, we will certainly invite specialists in the field of astronomy and physics. And, of course, it would be very interesting for local residents to meet outstanding figures of culture and art, to listen to stories of famous people.

Now there is a city platform in which we are participating, this is the Nalchik Platform. There is a more corporate, narrow one, where topical problems in the IT field are discussed.

On the basis of the university, possibly on the site of the «Boiling point of KBSU», it is possible to organize a permanent lecture hall. I am ready to act as a propagandist of science. I believe that all members of the KBSU Board of Trustees will support such an initiative — everyone’s contribution is needed here.

In conclusion, I would like to express my deep gratitude to the head of the Kabardino-Balkarian State University named after H.M. Berbekov to Yuri Kambulatovich Altudov for the work he carries out for the good of the republic with the aim of saving and developing human capital.

Over the five years of its work, the university has turned into an advanced, modern university in all respects, whose graduates, who have relevant competencies in demand in the labor market, do not consider it necessary to leave their native republic and are successfully employed in their region.»