ALGORITHM FOR THE ARRIVAL OF FOREIGN STUDENTS INTO RUSSIAN FEDERATION 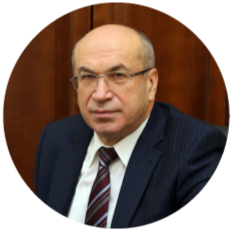 I welcome you to the website of the Kabardino-Balkarian State University named after H.M. Berbekov, which is in the top 100 among more than 700 universities in Russia.

For 90 years, our university has gone from a pedagogical institute to a multidisciplinary classical university, which has developed strong, well-known scientific and pedagogical schools in our country and abroad.

KBSU is a large university complex, which unites diversified, multilevel institutions that implement programs of higher, secondary, postgraduate and additional professional education. In total, more than 16,000 people study here, and up to 10,000 people annually in the continuing education system. A consistently high level of training of graduates of our university is ensured primarily due to the effective work of the teaching staff, scientists of the university, who train personnel ahead of the curve, introduce new educational technologies, develop fundamental and applied sciences, integrating KBSU into the international educational and scientific community.

The University makes a great contribution to the formation of the personnel potential of the Kabardino-Balkarian Republic, other regions of our country, as well as the states of near and far abroad. Our university is known for its good traditions, friendship of students of various nationalities and cultures from among the inhabitants of half of the constituent entities of the Russian Federation and over 40 foreign countries.

Conditions for successful study and comprehensive development of students are created here, as evidenced by the high achievements of young scientists, athletes and creative teams. Among the graduates of KBSU there are many specialists awarded honorary titles, famous academicians and professors, honored workers of science and education, winners and prize-winners of the most prestigious international competitions, festivals, Olympic Games and world championships in various sports. The doors of our university are open to everyone who wants to join the ranks of our students, get a quality education and become a high-class professional!