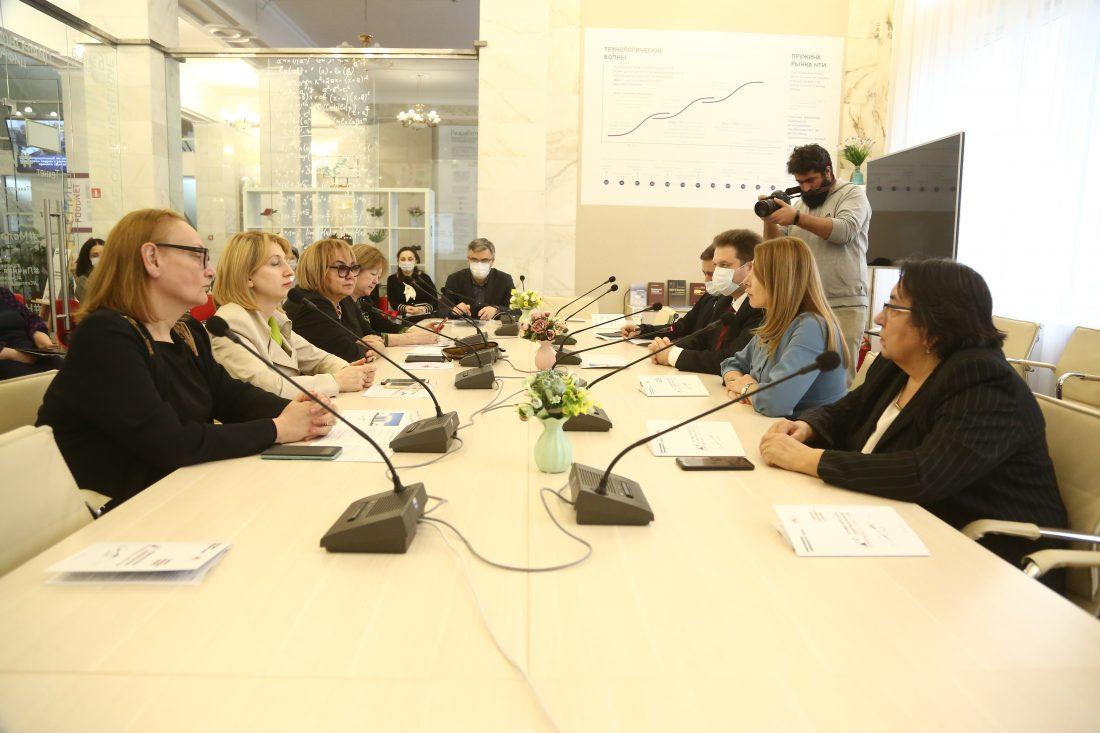 The conference participants were greeted by the acting rector of KBSU Svetlana Yuryevna Khashirova: «I congratulate everyone on the opening of the First School of Young Scientists. This event is included in the Priority-2030 program. Despite the fact that I am a chemist, I believe that mathematics is the queen of sciences. Anyone who knows mathematics well will succeed in any area of ​​life. It is mathematical modeling that will help develop a cure for coronavirus. I hope that your visit to our university will result in fruitful cooperation».

Vice-Rector for Academic Affairs of KBSU Vadim Lesev noted the importance of cooperation between universities in different regions in order to develop scientific activities. Candidate of Physical and Mathematical Sciences, Associate Professor of the Department of Algebra and Differential Equations of the Institute of Physics and Mathematics of KBSU, curator and program manager Zarema Nakhusheva spoke in detail about the new master’s program «Actuarial Mathematics», which will be taught according to the modular system. As part of the opening of the I school of young scientists on mathematical modeling of complex systems of KBSU, a video was presented about the Soviet and Russian scientist, Doctor of Physical and Mathematical Sciences, Professor, Honored Scientist of Russia, KBR, KCR, Republic of Adygea Adam Nakhushev.

Having discussed the current state of the issues of mathematical modeling in Russian and international science, having analyzed the situation in this area of ​​mathematical knowledge at the Kabardino-Balkarian State University named after H.M. Berbekov, first School of Young Scientists on Mathematical Modeling of Complex Systems — 2021:

Kabardino-Balkarian State University named after H.M. Berbekov (KBSU) is one of the leading classical scientific and educational centers of the North Caucasus Federal District, one of the top 100 universities in Russia. Located in the center of the Caucasus, in the resort town of Nalchik. In the Year of Science and Technology, he takes part in the competition under the program of the Ministry of Education and Science of the Russian Federation «Priority-2030». More than 16,000 students, postgraduates, residents from 40 constituent entities of the Russian Federation and 40 states study in 14 educational divisions of KBSU.