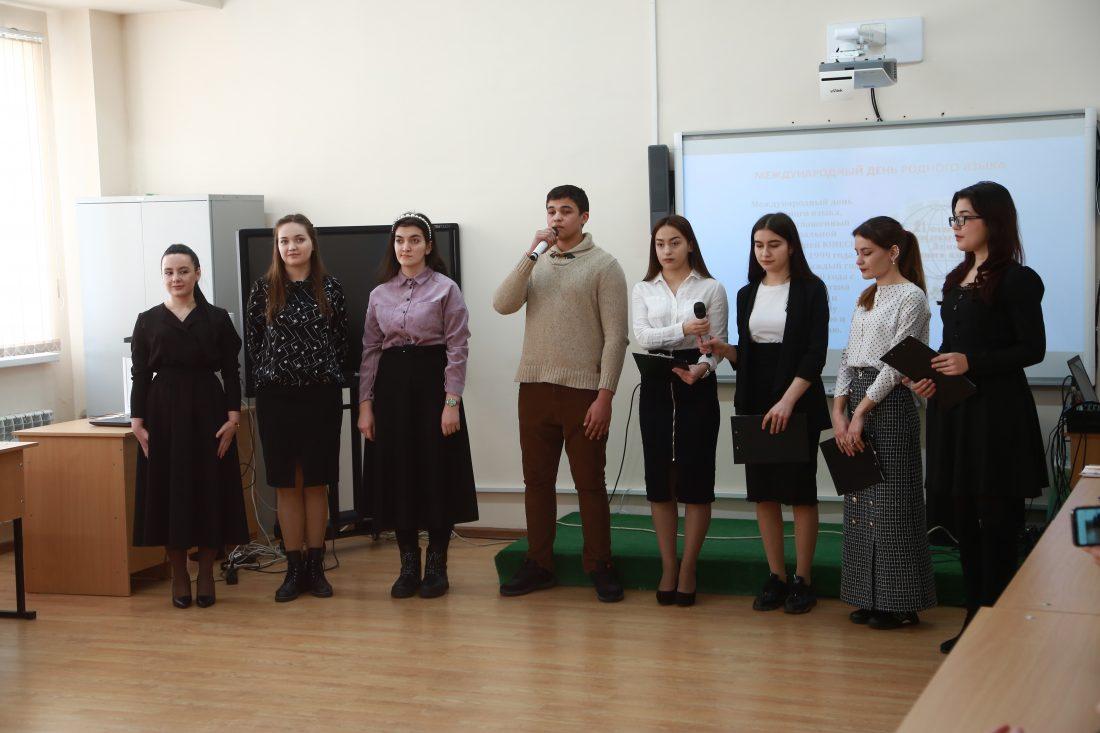 February 19 Pedagogical College of the Kabardino-Balkarian State University named after H. M. Berbekov celebrated the day of the mother tongue.

A festive concert was held in the lecture hall of the college, in which not only college students took part, but also students from schools in the city of Nalchik.

Zalina Ansokova, deputy director for educational work of the KBSU Pedagogical College, addressed the audience with a welcoming speech. She noted that small peoples should keep their language. “The presence of many languages ​​makes the world more diverse and multifaceted,” — commented the Deputy Director.

The organizer of the evening, deputy director of the Pedagogical College Sakima Posholova said that the college students were preparing for the event with pleasure. Students spoke about languages, they also recited poems and sang songs. The concert program was attended by the theater of song and dance of KBSU «Amix».

Let us remind you that this holiday was established by the decision of the 30th session of the General Conference of UNESCO in November 1999 and has been celebrated on February 21 since 2000 annually in order to protect linguistic and cultural diversity.