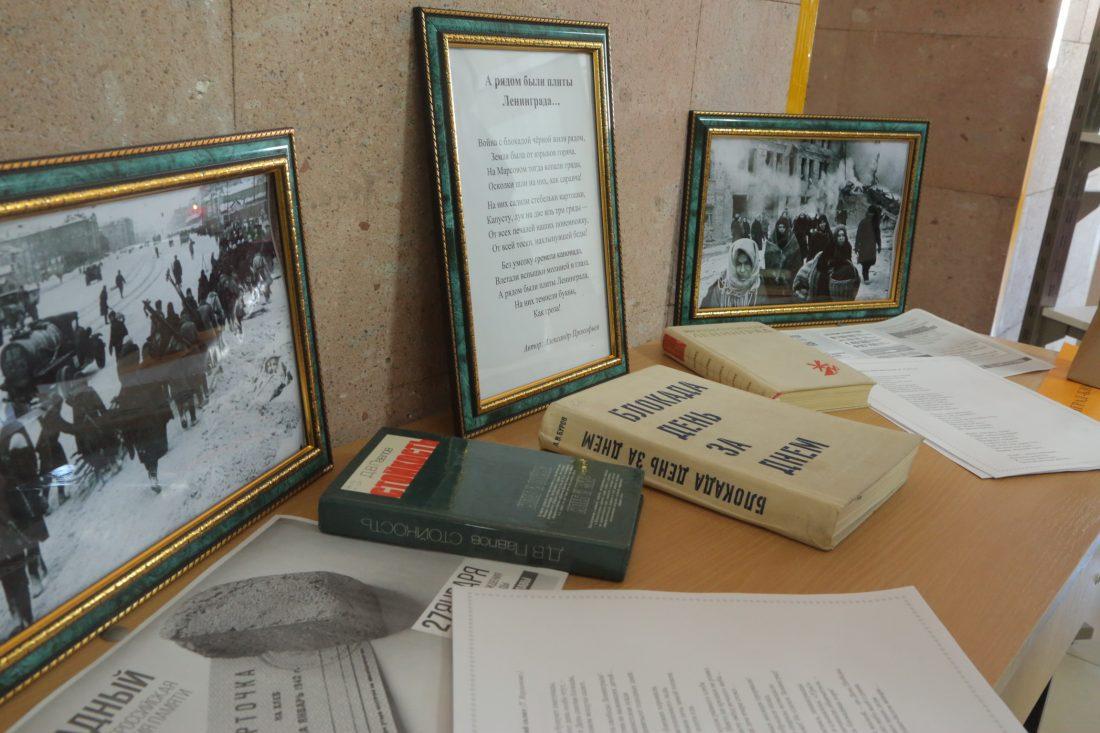 January 27, on the Day of the complete liberation of Leningrad from the fascist blockade, Kabardino-Balkarian State University named after H. M. Berbekov joined the All-Russian campaign in memory of “Siege bread”. In honor of this event, the KBSU library organized an exposition “Bread of the Siege of Leningrad”, the guests of which were university students and teachers.

In addition, the exhibition was also visited by our fellow countryman, poet, author and performer of his own songs, composer Efrem Amiramov, who addressed the young audience with verses:

I wish happiness to everyone in the world, because I need it! I need your happiness, people, as a simple normal egoist.
The artist expressed his respect to the organizers of the exhibition, as everything related to the history of the hero city on the Neva is very dear to him. Most of Ephraim’s life is connected with St. Petersburg.

Students who visited the exhibition had the opportunity to learn the history of the blockade, which lasted 872 days from September 8, 1941 to January 27, 1944, when hundreds of thousands of residents died as a result of mass starvation. The exhibition featured books by Ilya Erenburg, Ales Adamovich, Vasily Ardamatsky, poetess Olga Bergholtz and many other authors about the heroism of Soviet people manifested in the difficult days of the siege of their hometown, photographs and documents of the time.

Lyubov Makashovna Kalashnikova, scientific director of the Department of Biology, Geoecology and Molecular Genetic Fundamentals of Living Systems, Institute of Chemical Biology and Biology, KBSU, shared with the children the story of her father, a veteran of World War II, Makar Danilovich Yatsenko, who brought in shells that had just been opened after the blockade.

After the story of the library employee Aisanat Dalova, there were many who wanted to read the book by Nikolai Chistyakov “Memory of the heart. Leningrad Circassians Beslenei «about Jewish children evacuated from Leningrad to the Circassian aul. To save the children from the Nazis, the highlanders took them to their families and gave them Circassian names and surnames. 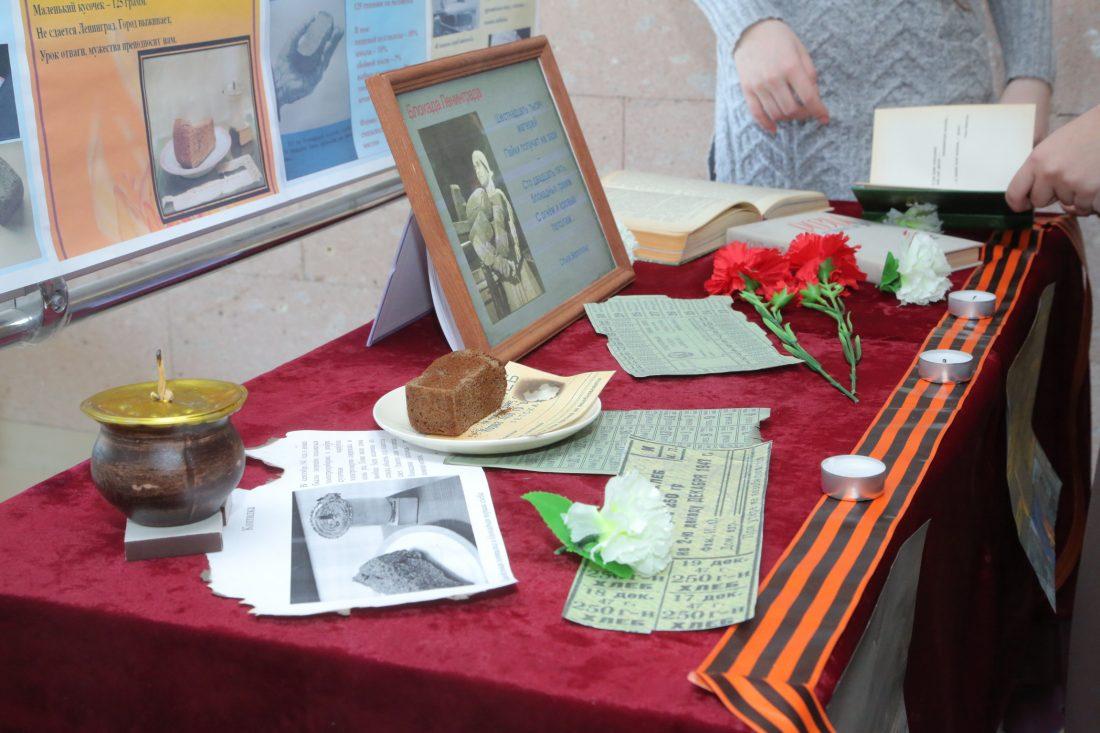 At one of the stands you could see the recipe for siege bread, the main value of that terrible time. For rations they stood in lines for several hours. Bread was not baked from one meal. She was too few. Food industry specialists were tasked with coming up with what can be added to the dough so that the energy value of the food is preserved. Added cotton cake, which was found in the Leningrad port. Flour dust was also mixed into the flour, with which the walls of the mills were grown, and dust shaken from the bags, where flour used to be. Barley and rye bran also went to bakery. They also used sprouted grain found on barges that were flooded in Lake Ladoga.

In memory of the residents of Leningrad who survived the blockade, visitors to the exhibition were offered to taste a slice of black bread, which in its taste was very different from the blockade.

In addition, as part of the action, everyone could write a “Letter to the Leningrad blockade” with words of gratitude for the fact that for almost 900 days and nights he defended Leningrad, stood at the machine at night, starved, and courageously endured suffering. All letters will be sent to the Society of Blockades of Leningrad and distributed to veterans. The promotion will last until May 9.

«Books and documents presented at today’s exhibition are designed for you young people so that you don’t forget about our heroic past, read about it, watch movies and be proud», — concluding the meeting, said Madina Buranova, head of the scientific and technical information sector of the KBSU library.