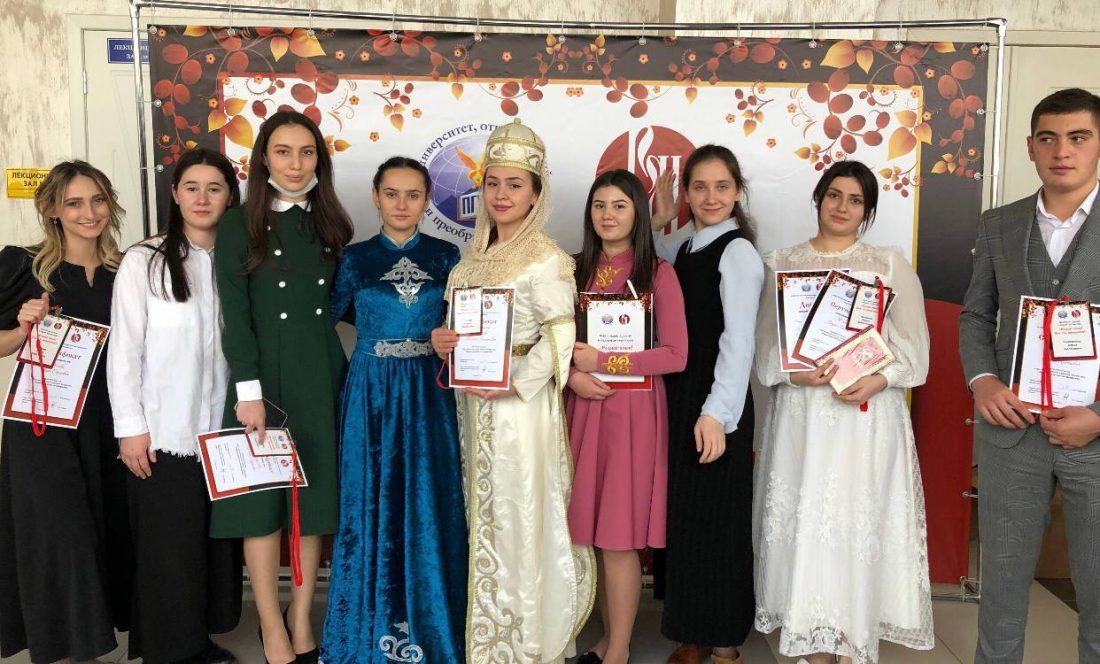 KBSU students successfully performed at the festival of Russian and native literature. They read in Russian, Kabardian and Balkar languages ​​the poems of Alexander Pushkin «I loved you», «I remember a wonderful moment», excerpts from the poem «Eugene Onegin», Mikhail Lermontov’s «Circassian», an excerpt from the poem «Mtsyri» translated by Ruslan Atskanov, as well as the poems of the poets of Kabardino-Balkaria Kaisyn Kuliev «The Most Expensive», Kyazim Mechiev «Complaint», Zarina Kanukova «The language of the Circassians is my native language.» According to the results of the festival, Rusalina Etcheeva, a student of the KBSU medical faculty, direction “General Medicine”, became the owner of a 2nd degree diploma in the nomination «Russian classics in the native language», and a student of the medical faculty of KBSU direction «Pediatrics» Laura Zhaboeva.

During the festival, a presentation of the Mountain Echo media resource took place, which was created with the support of the Russkiy Mir Foundation in October 2021 and is an integral part of the project. The created materials can become an additional cognitive and methodological tool in the course of teaching the disciplines «Native language» and «Native literature» in secondary educational institutions, as well as in institutions of secondary vocational and higher education. As the organizers noted, the festival is aimed at preserving and supporting the ethnocultural and linguistic diversity of the peoples of the Russian Federation, traditional spiritual and moral values ​​as the basis of Russian society, the desire to harmonize national and interethnic relations.