KBSU is out of the way with hatred and xenophobia 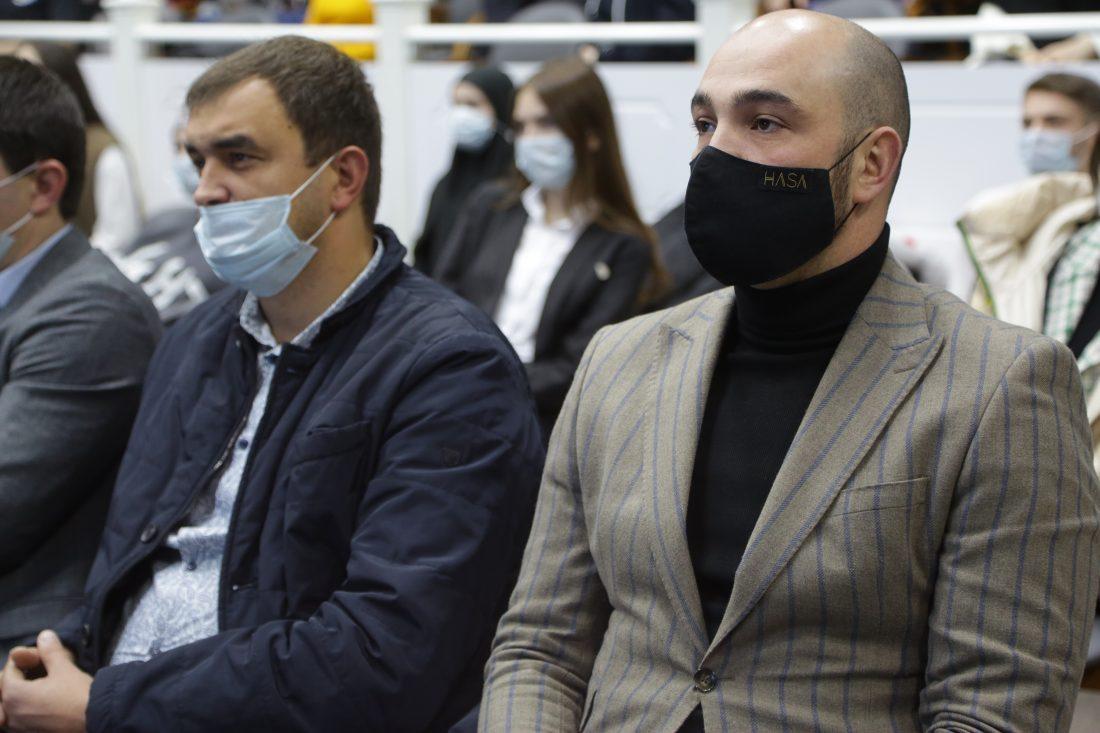 November 24 at the Kabardino-Balkarian State University named after H. M. Berbekov hosted an operational-preventive meeting of specialists of the Ministry of Internal Affairs for KBR with student activists «We are not on our way with hatred and xenophobia.» Employees of the Center for Countering Extremism of the Main Directorate of Russia for the North Caucasian Federal District — senior operative for especially important cases, police lieutenant colonel Timur Bagov, detective for especially important cases, police lieutenant colonel Dmitry Feoktistov, detective for especially important affairs lieutenant colonel of police Tamara Abacharaeva, senior operative for especially important cases, police major Inna Derevenskova. According to the organizer of the meeting, Akhmed Autlov, director of the Center for Prevention and Information Counteraction to Extremism of the KBSU, the purpose of the dialogue is to form student youth intolerance to extremist ideology, to promote a negative attitude towards radical associations and movements, to develop public activity in the spirit of patriotism, intolerance to hostility and xenophobia. Tamara Abacharaeva spoke about crimes committed on social networks, noting how important it is to understand that any illegal act committed on the Internet is subject to punishment, either administrative or criminal.

«You should not visit questionable sites, enter into a dialogue with strangers, repost or comment on inaccurate information. All this can have negative consequences», — Tamara Abacharaeva warned students. She recommended that the children visit the website of the Ministry of Justice and familiarize themselves with the «Federal List of Extremist Materials», which includes more than 5,000 articles. Inna Derevenskova also warned the student audience that recruitment to extremist organizations occurs most often on social networks.

«You don’t need to add everyone in a row as friends. A criminal may be hiding behind a beautiful photograph and folding speeches about religion or national superiority. And you can unwittingly become an accomplice in a wrongful act. Better ask yourself the question: how does this person know me, what he needs? Be careful. Since you can get into an unpleasant situation», — the major of the police gave advice to the listeners.

Akhmed Autlov told the guys what a lot of work is being done by law enforcement agencies to ensure the safety of citizens. He said that in December in the Elbrus region a forum will be held with the leaders of student public organizations and clubs to counter extremism, so that they, communicating with student activists, can convey to the children what can and cannot be done on social networks. At the end of the conversation, the guests answered the students’ questions.