KBSU football team plays in the top division of the NSFL 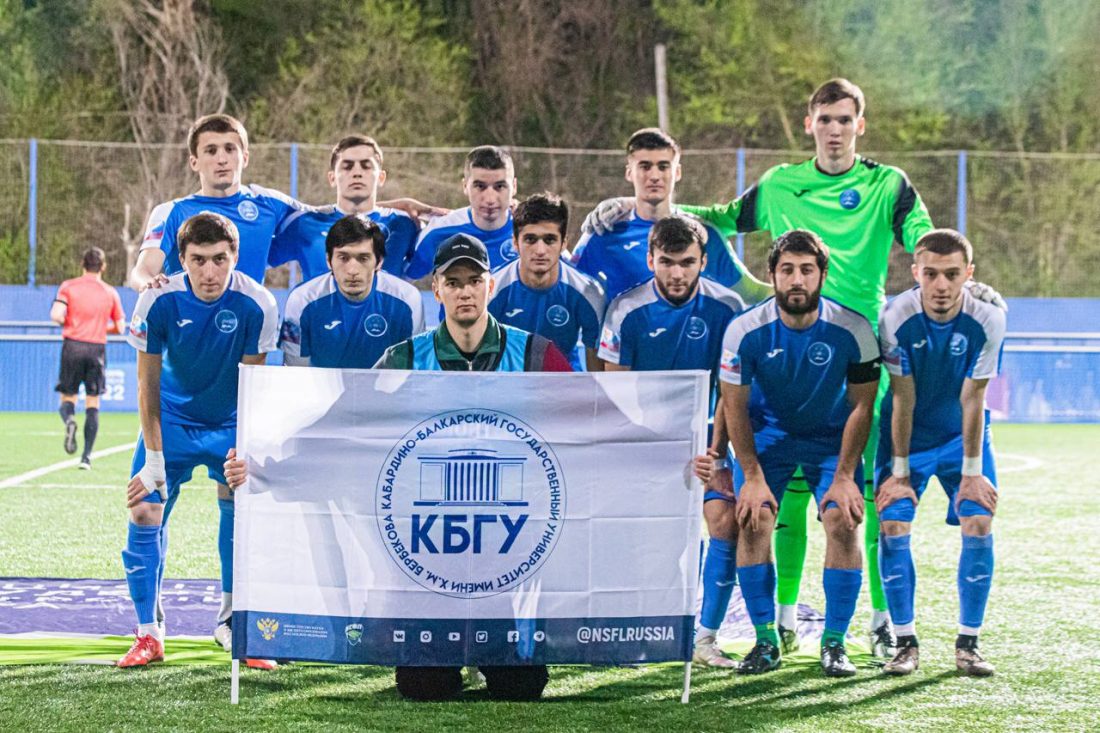 The national football team of the Kabardino-Balkarian State University named after H.M. Berbekov played in the first round of the top division of the National Student Football League. In the first round of the complex all-Russian student football competition group «B», which was held from 20 to 22 April in Astrakhan at the stadium. A.I. Kolosov, teams from KGUFKST (Krasnodar), KBGU (Nalchik), BSTU (Belgorod) and St. Petersburg State University (St. Petersburg) took part. The first game of the KBSU team in the new NSFL season was held with the team of St.

Petersburg State University. The opponents met on the field for the first time. The «acquaintance» was dynamic and was filled with many sharp game moments and scoring situations, but, unfortunately, our team was not able to fully realize its potential due to injuries of a number of players. As a result, the match ended with a score of 2:1 in favor of St. Petersburg State University. KBSU played its second game with KSUFKST, the silver medalist of group «B» last season. The team had 13 wins, 1 loss and 1 draw. The experienced Krasnodar team, which represents the University of Physical Education and plays with a full team in its regional tournaments, turned out to be more playful than our team and defeated KBSU, with a score of 3:0.

The KBSU team played the third game of the season with the BSTU team, which also previously took silver and gold medals in group «B». But this time it was clear that the team played well in the previous two games and the match turned out to be very interesting. KBSU confidently beat BSTU: the Nalchans finally broke the “lose-lose” streak in the league and won for the first time since April 8 last year. The KBSU team took the lead with a score of 4:0. The victory in the third match brought our team 3 points and 6th place in the standings. After changes in the regulations of the NSFL in the 2022 season, players born not earlier than 1996 can take part. With this in mind, the team has lost several key players, however, remains «toothy» and promising. The fourth round of the top division of the NSFL group «B» will be held in Volgograd from May 16. And already on May 22 at 10:00 the KBSU team plays with the KubGAU team (Krasnodar).