Main > News > An evening dedicated to the 200th anniversary of the birth of N.A.Nekrasov was held at KBSU

An evening dedicated to the 200th anniversary of the birth of N.A.Nekrasov was held at KBSU 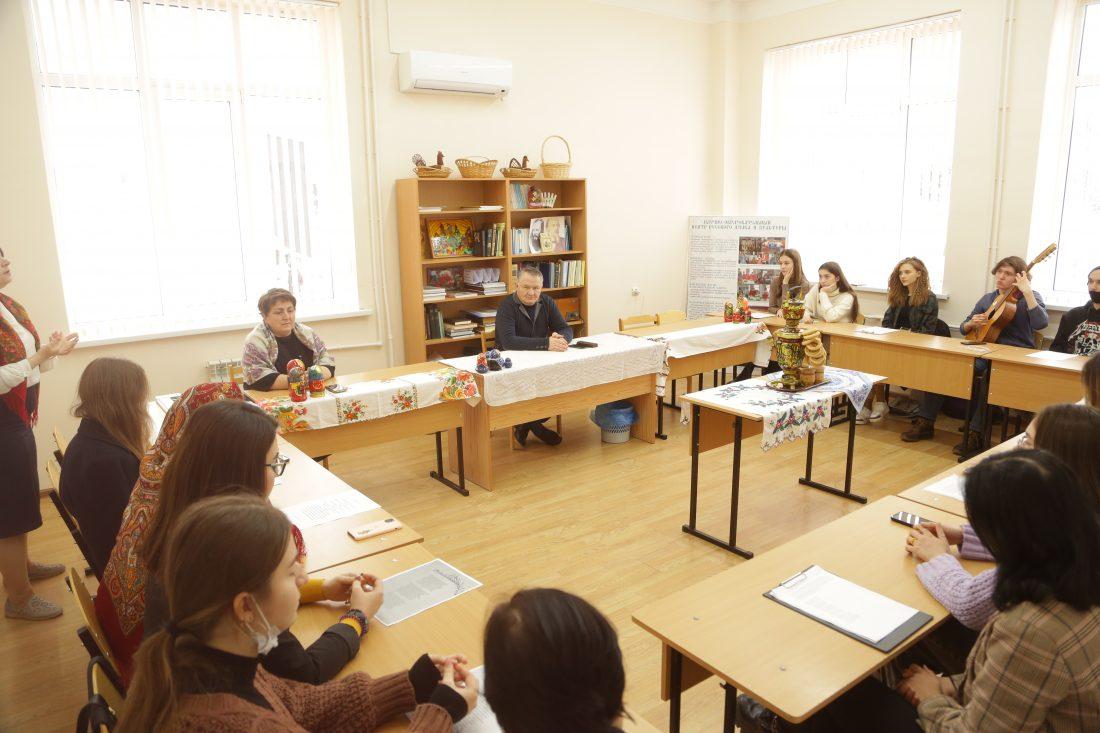 Even in versification, Nekrasov’s works are similar to folk art, — the evening was opened by the head of the scientific and educational center of the Russian language and culture, candidate of philological sciences Nadezhda Chaika. First-year students of the Social and Humanitarian Institute recited the poems of the unforgettable classic about the beauty of Russian nature at different times of the year: «Snowball», «Glorious Autumn».

Pictures written by the poet are vividly presented: «And the puddles turned into cold glass», «In the garden … like pink apples, on the branches of bullfinches», «And the red cat catches cheerful white flies», «Ice is not strong on the icy river, like melting sugar , lies ”,“ The leaves have not yet had time to fade, they are yellow and fresh like a carpet ”,“ Everything is fine under the moonlight, everywhere I recognize my native Russia ”, etc. Nikolai Nekrasov’s poems about love are no less beautiful. “I don’t like your irony”, “You and I are stupid people”, “Do not repeat the cold reproach” — these masterpieces fell in love with the students. And yet, the social theme was the main one in the poet’s work. The guys read such poems as «A Moral Man», «The Soul is Dark, My Dreams Are Dull», «Death», «Zina», «The Prophet» and others. Nadezhda Chaika noted that many of Nekrasov’s poems were set to music. So, the romance «Troika» («Why are you eagerly looking at the road») has long entered the treasury of world culture. At the evening, this romance was performed by the head of the center of the Russian language and culture. And the song «Korobeyniki», which has passed into the category of drinking songs («Oh, the box is full,») is sung even now at various celebrations.

Freshly, in a new, “modern” way, the song to the verses of Nikolai Nekrasov “For a long time did not give up the neighbor,” performed by SGI students Dana Sharanova and Alexander Evloyev, sounded. Many works by Nikolai Nekrasov were performed today. Each of us, I am sure, once again made sure that this is the greatest poet of Russia, who has devoted all his strength, talent, energy to serving the people, their happiness,” — Nadezhda Chaika emphasized at the end of the evening.