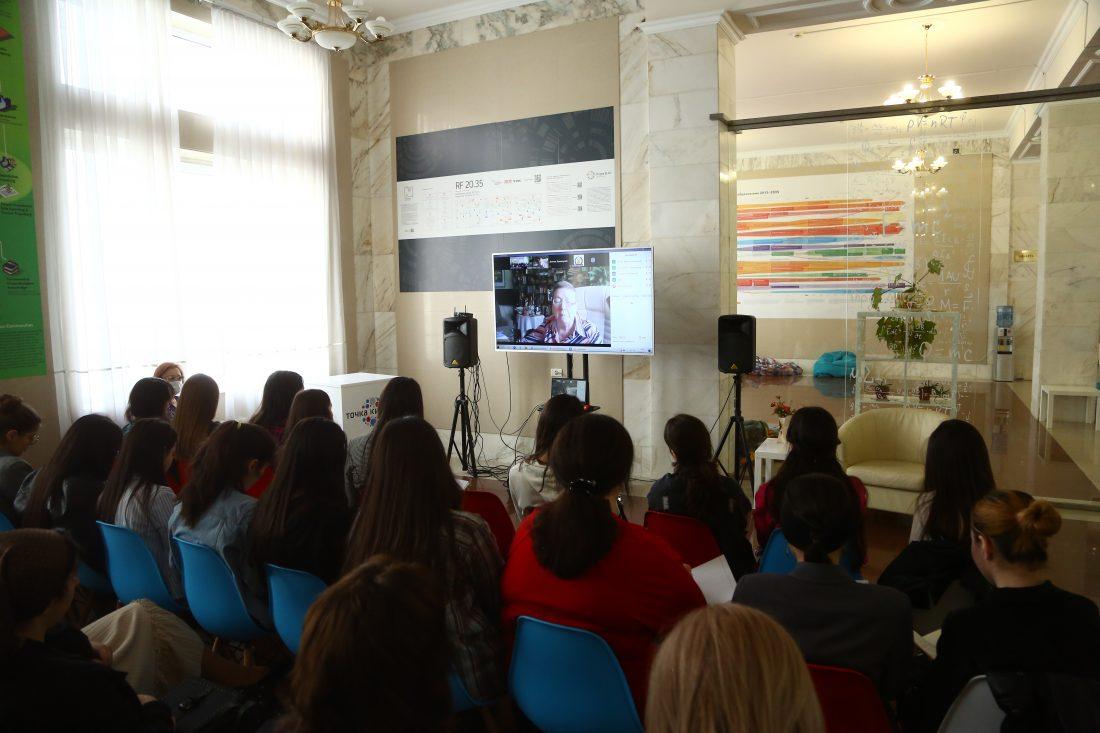 April 15 at the Kabardino-Balkarian State University named after H. M. Berbekov hosted an online lecture for students of the directions «Philology», «Linguistics» Maslova Valentina Avraamovna, Doctor of Philology, Professor of Vitebsk State University named after P.M. Masherov, one of the oldest higher educational institutions in Belarus and centers of the country’s scientific and educational process. The topic of the lecture was «Modern cultural linguistics: new problems, aspects and principles of the study of language and culture.»

The online meeting took place within the framework of the cooperation program between KBSU and Vitebsk State University. Before it began, Doctor of Philology, Professor, Head of the Department of Russian Language and General Linguistics of KBSU Svetlana Bashiyeva noted the importance of such contacts, primarily for students. Valentina Avraamovna is the author of textbooks for universities on cultural linguistics, introduction to linguistics, cognitive linguistics, scientific works known to a wide range of scientists. Students listened to the lecture with great interest, actively responded to the questions, at the end they themselves asked questions regarding the future of the language, its development.

At the end of the meeting, Valentina Abramovna thanked the organizer — the Department of Russian and General Linguistics — for her deep interest in the linguoculturological direction of modern philology, noted that, despite the distance format, she was very pleased to give a lecture for KBSU students, as she felt a lively connection with the audience.